Just when you think you are a weird alien from the far reaches of outer space... 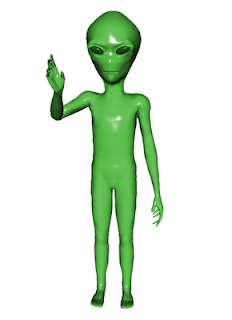 ...you meet people who have same 'intrinsic' faults and problems as you do.

For one, your father and mother don't get along well with each other - never in your life have you seen or heard them NOT yell at each other. Your family must be a big failure. And that is also how you are now a big, fat failure. That is why you are poor like shit and live like beggar not rich.

Your sister is also the most annoying bitch person because all she ever thinks about is how her eye-lashes are not curling up the way it should. That her boyfriend bought her a diamond engagement ring and they are going to Bahamas for their wedding.

You can't fall asleep at night because your boss is a dickhead impatient person who works you to the bone, pays you much less than (you think) you deserve. Your mind whirls around at night thinking of ways to get away with choking him to death. In your dreams, you dream of opening a can of sardines only to see his marinated, preserved penis eyeball in there.

You think you don't have any friends, not because it is your fault, but everyone else are such lame excuses for human beings. They don't deserve your time - you'd rather spend it playing Cooking Mama, Reality Cooking on Nintendo Wii. Friends, who needs them?!

You love your kids but sometimes you feel like you want to give them up for charitable causes. Hey, LOTS of wonderful, rich, deluded couples are dying to have kids, you know. So, love is all about sharing and since you got more kids than you can handle, why not give them up? You'll need less money what. And besides, with all the extra cash now, you can probably quit your job, do nothing for a couple of months, pack your bags and head out to the woods and eat dried leaves...for health purposes.

When you think about it....everyone's got their own fair share of alien problems. Don't think so? Pour ten pints of beer down their throat and ask them soul-searching questions like, 'Have you...ever...EVER... been truly...absolutely....irrefutably...unconditionally....happy?' (Yeah, when I was still in the womb) or 'If Marlon Brando came back to life, do you think he will be a bird or gay...or both?'

And then you will see that they have their own special alien thoughts as well. All those stuff that made you think you were not a part of the human race....they were actually pretty normal in the end.