May 18, 2010
In a recent issue of a Food and Lifestyle magazine, I saw this recipe for Seafood Baked Rice that I thought was pretty neat. It looked good enough to eat, so, I wanted to give it a shot although I was on unfamiliar territory. So, armed with the recipe, I proceed. 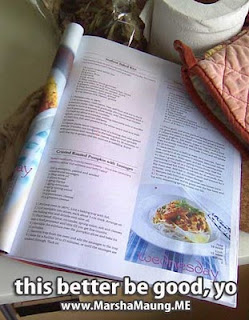 The recipe told me to melt some butter, add flour and then slowly mix in the milk. I found this to be a bit funny because usually, we make sure that there is enough liquid in there before adding the flour, but hey, the recipe is there and I have to follow just in case that is THE winning formula or something. 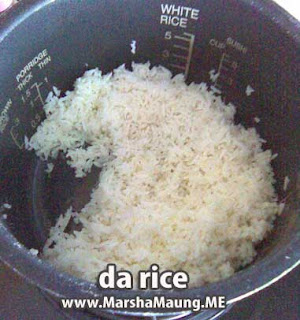 FYI, you have to precook the rice hor. Not just dump in uncooked rice. 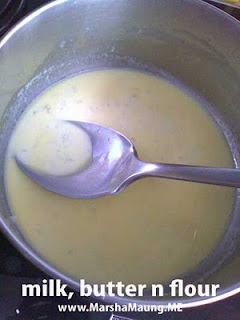 So, I melted the butter, put the flour in (congealed flour here, ok?) and then stir the milk in. I have a bad feeling about this thing, already. You need to add a little chicken granules in here too. If you like it a little peppery, add pepper. I tasted it and it tasted alright although a little heavy and thick. So, I add water too.

Finally, when it is bubbling a little, I added the fish and the prawns. 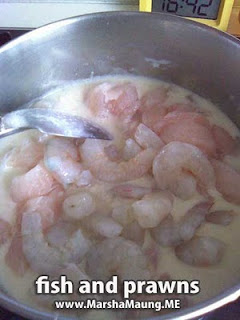 While I waited for the fish and prawns to cook, they told me to layer the bottom of the tray (I used clay bowl) with tomato paste. Hhhhmmm....I don't know, I just follow the thing. 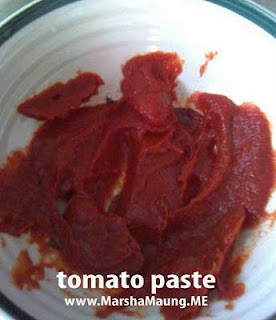 And then you top the tray with the cooked rice. 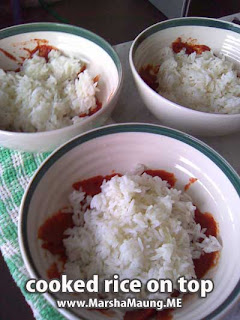 Once the fish and prawns are kind of cooked through, you put it on top of the rice. 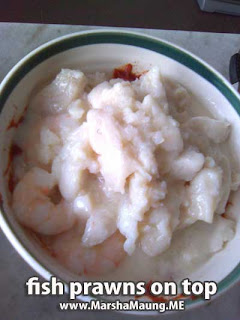 Crack an egg on top of the tray like this. 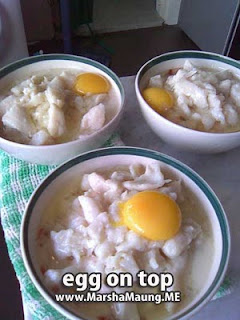 Then I noticed something! Shit. I forgot the vegetables!!! GARGH!! Oh, never mind. I can always cook the vegetables separately and add it on although I would have liked it better if it cooked with the fish and the prawns. 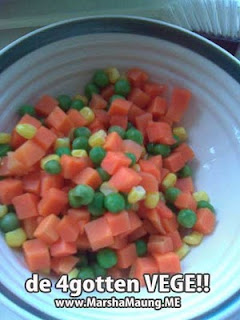 I forgot to take a picture of adding mozzarella cheese on top of the egg to give it the pizza-like effect. But REMEMBER TO TOP IT WITH MOZZARELLA CHEESE, OK? :-) And then pop it into the oven. I am supposed to bake it for around 30 minutes but by 15 minutes, I saw the cheese starting to brown. 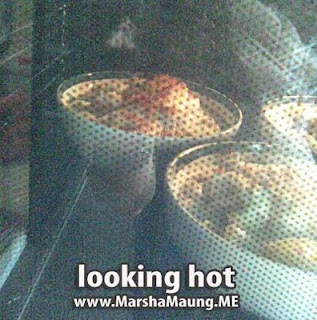 So, I lowered the temperature. 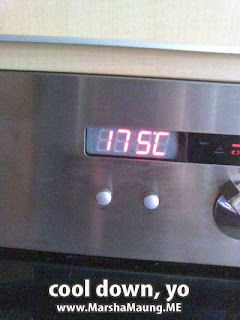 Hhhhmmm...in the end, it doesn't look too bad, you know. I tasted a bit and thought that it was rather funky. Very nice. 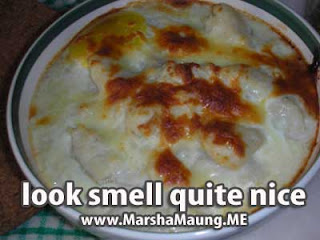 But you know how it is. With butter and milk and cheese, it's so thick. And I mean THICK like you can't really eat or finish the thing at all. I just couldn't cause I didn't like the taste. I thought it would have been much better if there was onion, garlic and maybe some nice herbs or something. But nope, it wasn't in the recipe, so, I didn't add it in.

I tell you, I think some lame ole Singaporean (it's a Singapore mag) beginner cook who don't know her wok from the spatula wrote this recipe lor. Damn low-yar. Waste kow my nice fish and prawns.

At the end of the day, everyone went hungry. Prepared sandwiches for the kids and me? I had the reliable old kimchi noodle soup. 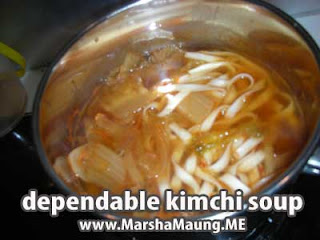 Wasted my nice prawns. %$$%#^& but at least I kept the head and shells of the prawn to make soup base for today's meal.

See? Bought the prawns for approx RM15 and all I got from it are THE SHELLS. FML

Update: And you wanna know what happened the next day? The part-time maid came and she thought that the prawn broth was 'longkang' (drain) water and threw it down the sink!!!! So, end up with REALLY NOTHING. Epic fail.