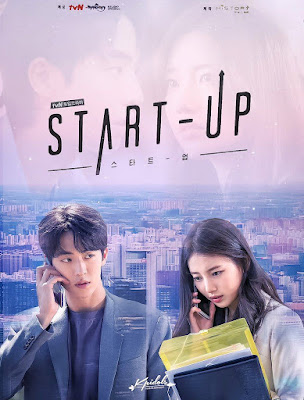 Have you ever watched a show and wanted nothing to do with the Male and Female leads and spend half the show just rooting for the side story?

This is the case for me when I was watching Korean drama 'Start-Up'. And I know I am not alone. The internet has blown up with camps of people rooting for this camp and that camp.

I didn't even care about the main storyline cause it was so blotchy and lame that I wanted our second Male lead to have something good happen to him.

At times, I just gave up the main storyline. Seriously. The fast-forward button became my best friend. Lol

The sidestory was so much more meaningful and endearing. Major failure on the writer's part. 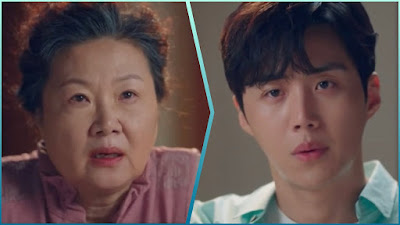 Yes, the second lead is way cuter but his relationship and scenes with the grandmother he never had were such scene stealers! The things he did and sacrificed also casted a shadow over the Male Lead. The Male Lead was such an inconvenience!

The fact that I gave up the love story is proof of the fact that romance is not the only thing we look out for when we watch a drama. It has to stick.

Or they casted the wrong actor for the lead role. Nothing is wrong with him but his portrayal was...er...not enough? It's frustrating.

Anyway, watch it if you are a Suzy or Nam Joo Hyuk fannand if you're gonna watch it for the story and entertainment value, I suggest you skip it. Or watch it with a levelled degree or detachment.

Rating? I don't even know how to rate it because my whole session was choppy. All I know is I want a whole drama with just Han Ji Peong and the grandmother. Not even gonna watch other Suzy or Nam Joo Hyuk shows for a while. 😅😅😅

P.s. I only watched the secondary storyline so don't ask me about anything else. Lol