Re-Opening of Malaysia and Scanning Everywhere 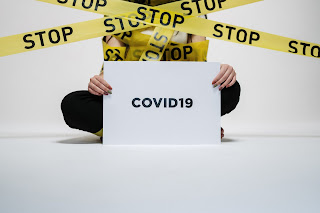 I don’t even know where to begin, really. The last time I blogged here was early June when we (my siblings and I) were clearing out some old stuff cramping up inside of my parents’ loft. That felt like just yesterday but here we are…nearing the end of June 2020.

Time doesn’t just fly. It is giving me whiplash.

It’s strange, though, for me, because this was (is) the year my kids are supposed to be entering college, stepping into the new world, getting their driving licenses, flapping their kid-adult wings, flexing their human-ing muscles…whatever you call it.

And yet, we’re still in partial lockdown.


I have to say that Malaysia’s done an exceptional job (touch wood and more wood) so far in containing this virus. As frustrated and angry and PMS as we Malaysians can get about not being allowed to step out of the house and required to cover our faces like we’re robbers, we know it’s the right thing to do.

Some of the shops are open again but driving to near-empty malls and having restaurants usher you out the door moments after you’ve just begun eating is still pretty common. We eat late, this family.

Sometimes, we end up eating in the car because some restaurants don’t allow for three-people dining or their kitchens close earlier than normal. Sometimes we drive to a mall not knowing if ANYTHING is open at all.

We’ve indeed been taking things for granted for a long time. Everything’s always open until 10pm, restaurants still serve you even if you walk in at 9.30pm. Nobody points a (temperature) gun at you and asks you to report your presence wherever you go.

The funny thing is that I am getting used to it.

It was hilarious the first time I walked to the grocery store and while I anticipated the temperature gun, the security guard pointed to a mat in front of a television screen.

First thought? Are we supposed to watch a documentary before we’re allowed to enter now? Who’s that on the screen and why does it look like me?

Yesterday, at the gas station, we were asked to poke our heads at a device on a table to record our temperature. ABSO-EFFINGLY hilarious! In fact, the guy behind the counter, amused, told us that we can even just put our hands in front of that device and it does the same thing.

So many new modern devices for temperature scanning popping up everywhere. Or maybe I've just been living under a rock.

I was born in an era where people stick something up your butt or into the armpit to get your temperature. Not that I am complaining, of course, but as I said, this is alien, upsetting, amusing, annoying, and yet fascinating all at the same time.

I don’t know what to make of this whole Covid-19 thing. I might as well be living in the Avatar world.

Well, at least we got to celebrate my sister's birthday and Father's Daya together with the family.