Update: Your Own Backyard

December 16, 2019
My parents and their siblings are sticking the landing as far as Cuti-Cuti Malaysia is concerned. In their twilight years and after going through some pretty tough life stuff, they’ve decided to embark on small little journeys and road trips to wherever their hearts desire once every fortnight.

The one ‘uns are usually invited but with our little families in tow and own personal commitments, it’s pretty hard to nail us down for their little sojourns. But we try.

It’s particularly hard when we either have little kids with us, work weekends, travel regularly for work as it is (a break from all that traveling is just the kind of break we need, huh?), or when we have no clear working hours. 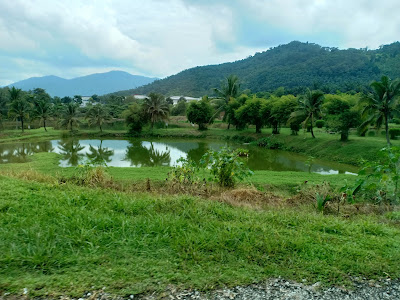 Their little outings depend on my Google-expert uncle who is the head of the family and mastermind behind these little road trips. So, we could be heading south one weekend, and then north east the next. We never know until a couple of days before the trip when my dad asks us if we’re interested in joining.

I’ve joined them on one of their fishing village trips before and I absolutely love the idea of getting out of this concrete jungle that we live in. And it’s actually quite sad that we, city folks, don’t really know the value of what life can be like on the outskirts of our metropolis.


The idea soon proliferated amongst my extended family and they’ve come to expect a small getaway once in a while.

I like the thought of going ‘nowhere in particular’ and just hopping into the car with whoever is willing to come...and just go. Expecting nothing, I don’t even do a Google search before heading out.


On this outing, my kids asked me where we were going and my answer was ‘Tanjong Sepat’, Like hell I know where that is and what's there. I’m just gonna follow this damn map’.


But it was a very pleasant surprise, although there isn’t much to do in the coastal village. It’s nothing like seeing the Grand Canyon for the first time, or taking pictures of Tokyo Tower or the ancient Pyramids. 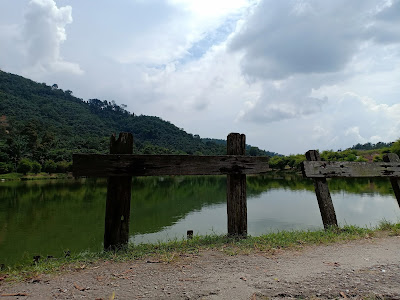 The journey was relaxing and you know what’s really funny? It was when I turned off the highway and was led towards a long-forgotten inner coastal road where thin, ribbly cows still roam the side of the street. Chicken families were languidly lounging around in the blistering sun. Tattered wooden homes lined the streets along the way and it was such a striking difference that it holds transmogrifying power.

Because there isn’t much to do there, we were forced to slow down. And take loads of selfies.

Instead of inundating my friends and family with endless number of self-gratifying Facebook pictures and Instagram posts, I created a quick video slideshow instead.

Well, there WILL be more of these little road trip adventures in the future because it’s so easy to get addicted to it! And you don’t even have to spend a fortune to get out of the country.

Sure, overseas trips are fantastic but, like they say, you don’t know what you’re missing in your own backyard until you look.

Have a pleasant week ahead, folks.

The year-end madness is careening straight into our orbit so, I hope you have it in yourself to keep things sane and joyful at the same time.

Don't spend too much but just enough. And in the meantime, no matter how difficult things can be, the best thing you can do for yourself is to show up.

Show up every day. 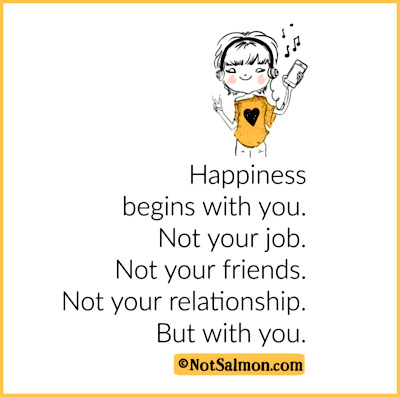