Update: Getting the Groove on the New Norm

August 04, 2019
Well, it's Sunday and to me, it's a day for a final recharge before we get ready for another drawn-out week of gunfights in the working world.

I don't want to jinx anything but, finally, things are slowly falling into place. Sure, there are missing puzzle pieces stubbornly lodged under nooks of life that I still can't find and place but it's definitely less tumultuous than before.

Getting used to new things is the new norm too.


It's #sunday so, let's do whatever is good for the #soul because other days, we often focus on what others need from us #tgis? 😂 #Lol #feelings #weekend #quotes #quotestoliveby #quoted #life #flowers
A post shared by Marsha Maung (@marshamaung) on Aug 3, 2019 at 11:20pm PDT

I wouldn't say that we've gotten used to the same-ole for too long but things were relatively predictable both on the family and work front for a long time. About ten years, I venture. I like (still do) it that way...predictable.


Some people love surprises but apart from getting on a roller coaster (a real one in a theme park, not the life version of it), I don't like surprises. 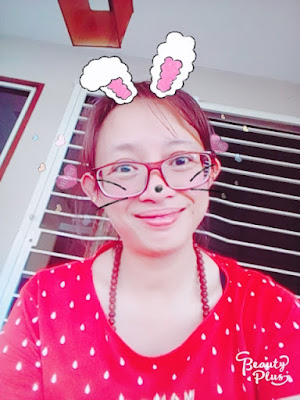 I think it's got to do becoming a parent, honestly. Don't slam or shame me yet because here's my take.

Any surprise in parenthood is not usually good news. Someone's banged up his or her knee? Some got into fights are trying to poke each others' eyes out in the hidden back room? Or a sock is missing and you are late for dinner?

It's funny because, as a teenager and young adult, I used to like impromptu things and surprises. When you're young and not in charge of little hooligans who are usually up to no good, surprises lean towards good news. Your boyfriend surprises you with tickets to a concert by your favorite artist? A bouquet of roses delivered at the office? Your family member's got a new job and treating you to an unscheduled family dinner?

These are the kind of fun surprises you'd often find when you're young. You relish it.


Because when your friend suggests taking an unplanned makan (food) trip to the outskirts just because it's a weekend and you're single, all you need to do is to pick up your wallet and go. With kids, not so much, huh? Diapers, pre-made lunch, pacifiers, wet tissues, extra clothing, extra socks just in case, toys, distractions, chargers (in case those distraction devices run out of juice, etc), and so many things else that non-parents cannot imagine. That's what it takes to go on an impromptu trip just to eat something or get away from it all.

Maybe it's just me being a single mother of two rambunctious boys who was almost always surrounded by their same-age cousins (a total of 6 of them) that puts the parent-in-charge immediately on edge. The default position when you're in charge of them is to be seated at the edge of the sofa in the corner of the living room, biting your nails, trying to control your shaky hands, and listening out for screams and cries while thinking about how to clear the sink. 👶😀😂

Thankfully, I've come out the other end in one piece. They're now self-cleaning, self-regulating (sometimes not too efficiently), and rather independent human beings who occasionally need to be fed.

The largest domestic role I play now is probably being a chauffeur, cleaner and chef in this house. And these are roles that I can now delegate to them without too much worrying involved.


If you're a new mother, I strongly recommend meditation and if it's not working for you, these could be some reasons why it's not. LOL

Instead, make the most of the practice by doing it when you’re fully awake or after you exercise. “It’s best to coordinate with breathing, strength, and flexibility exercises,” says Chisenhall. “When you sit down to meditate, you will have a cumulative effect.” - Stephanie Vozza, Fast Company

And if you're in the same boat as me, a single mother working from home, I find this article by CopyBlogger totally relevant! Go have a read. It narrows everything down to 3 simple ways to beat working from home, one of which is to find ways that work for you and to stick to them like super glue. Why didn't I have access to these golden rules when I started?
Oh yes, that's right. I was earlier than everyone else. Le sigh...


And since it's Sunday, have a read here about how to squeeze more joy into your life written by TIME Magazine's Ellen Seidman.

Those who tended to enjoy a good thing—and share their delight with others—maintained high levels of happiness no matter what the day brought, whereas non-appreciators needed positive events to get into a good mood - TIME Magazine

Look on the bright side because there's always one no matter how dark the day is.