May 19, 2019
I don't remember the first time I bought crystals but I remember being fascinated by how different each of them was from each other.

If you put all the woo-woo stuff away, crystals are basically rocks. They are traces of minerals left behind by nature, the same way diamonds are nature-made. A couple of years ago, I remember being told that I shouldn't let someone touch my crystals because it might get tainted with that person's energy, I waved it all away much to the dismay of the person.

The word 'crystal' came from the Greek word of 'krystallos' which carries the literal meaning of 'being drawn together by coldness'. In history, crystals are also used to signify purity and faith. In Buddhism, many a mala is made from crystal while in Christianity, crystals were used to describe the purity of the Virgin Mary.

I don't subscribe to it being a wellness trend, health support, or fashion accessory but instead, think of it as something that reminds me of me, although I'll admit to having been a little too obsessed with it. 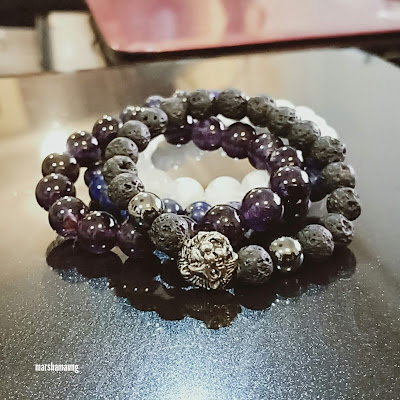 Minus all of its power to clear negative energy, unblocking chakras, and attracting good vibes, it has mystical physical qualities that attract me to them the moment I lay eyes on them.

Some reflect light, others come in diverse patterns, some are dark and transparent, others are sweet but with partially-patterned surfaces.

It's not just me because many poets, writers, and architects seemed to have found solace in crystals too.


because she noticed that many 20th-century architects and writers, such as Paul Scheerbart, Bruno Taut and Ludwig Mies van der Rohe, were fascinated with crystals. They were inspired by medieval stories about crystal and fantasized about transparent crystal skyscrapers and utopian cities made of glass - Marisa Galvez, Stanford.edu

I love crystals and have a collection of them (not as many as I wished I had) but I don't remember all their names.

Being a digital marketer, I once thought about selling them or making accessories out of them and putting them up for sale on websites. But for the life of me, I couldn't remember their proper names. 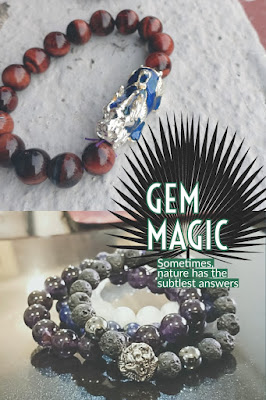 In a lot of ways, I think humans are in awe of crystals because we know so much about them and yet have so little control over how they're naturally made.

We collect abandoned seashells and display them in jars. We pick up stones from beaches and decorate our hallways with them. Humans are also simply bowled over by the power picture that Stonehenge paints, and the primitiveness of the Pyramids.

Their myth powered the demand, and celebrity endorsements and New Age resurgence turned them into health and beauty trends. Crystals became one of the fastest selling items on Etsy and captured the fascination of youngsters in their 20s and 30s.

I am not surprised at all because the world has come one full circle and we're returning to the hippie trend of being loud, in love, and natural. Commercialism, however, has a way of snapping its jaws shut on the tail of a tail-spinning tiger. They'll simply adopt it as a trend, repackage, rebrand and resell. A simple enough business model riding on the fact that even ancient Egyptians used crystals like quartz, lapis lazuli and topaz as amulet and tools to anoint the dead.

It seems as though the New Age movement popularized by Baby Boomers is making a comeback.

Appropriately so, if I may say so.


Stress Relief Mala 🌺 a mala for soothing anxieties and transmuting negative emotions into lessons learned. What are negative emotions? They are unresolved states within you, unaccepted or unclaimed parts of yourself. When you begin to acknowledge these feelings and accept them, healing and transformation begins 💕🌿🌿🌿 lepidolite 8mm and a giant giant stunner of a charoite guru bead with lilac ankh tassel rm400 “ Charoite is a stone of transformation and a soul stone that helps one overcome fear and follow the path of their soul’s calling. Charoite energetically supports spiritual transformation by synthesizing the heart and the crown chakras stimulating inner vision and spiritual insight. Charoite cleanses the aura, fosters feelings of unconditional love and encourages the spiritual shift to relating on a higher level. Charoite provides deep physical and emotional healing. Charoite integrates negative qualities and recycles them into a renewed sense of motivation and vitality. Charoite helps to release deep fears, reduce stress and worry and supports the recognition of the power of living in the present moment. Charoite may bring insightful visions of past lives and suggest ways to account for karma on a personal and collective level. The name Charoite may refer to the Russian word for “charm” as this crystal’s energetic properties are thought to bring “magic” and more synchronicity into one’s life. HEALING: Charoite transmutes negative energy into positive healing potential converting dis-ease into a state of wellness. Charoite re-vitalizes the body when energy levels have been depleted as it heals and integrates energy levels back into balance. Charoite may be helpful when used in the treatment of issues dealing with the eyes, heart, liver, and pancreas. Charoite may be helpful in the regulation of blood pressure and the reversal of liver damage due to alcohol. Charoite may also help to alleviate cramps, aches, and pains. SUGGESTIONS FOR USE With its calming vibration, Charoite is a great crystal tool to help overcome insomnia and provide a peaceful energetic vibration for children at bedtime.”—ravencrystals.com
A post shared by Moolamala (@moolamala) on Apr 21, 2019 at 8:21pm PDT

We live in an age whereby saving the planet has become a driving force for emerging economies, defiance is the norm, fighting back is cool, and anything that does not have its roots in materialism, commercialism, and consumerism is reveled.

Meditation and yoga have permeated the West after years of Western cultures poking holes into the unbending traditions of the East.


The healie feelies are making for a great market in quartz, and mineral dealers are having a hard time keeping quartz crystals in stock - Dr. George E. Harlow, curator or gems and minerals at the American Museum of Natural History

With Hollywood's biggest names like Oprah, Katy Perry, Madonna, Kristen Bell, Nicole Kidman, Gwyneth Paltrow, Sheryl Crow, Sting, and many more, throwing their weight behind the practice of daily meditation (or TCM), it is no wonder we are seeing a shower of self-help meditation apps, retreat centers, online workshops, spiritual books and online seminars being advertised regularly on social media today.

Upon closer inspection, you'll see that there's a bigger divide between religion and this trend today than ever before.

Millennials are saying 'You don't need to have a religion to believe in something bigger than yourself', and 'You can do it all on your own, you don't need a community'.

An age of individualism that is quite like the 70's movement of Love is All You Need. I think the new generation of people who like crystals and other shamanism-like self-help treatments and prophesies are people who believe in spirituality or the power of the Universe and not necessarily just one religion.

Theirs are combinations of all religions. They're open-minded about their beliefs, choosing to mesh aspects of one religion with another to form one belief system that they can rely on.

It sounds like a cult but I think the word is outdated. These people choose to believe in anything that they choose to believe in, be it nature, mountains or the Universe. And they combine them, forming a spiritual practice that provides them refuge and comfort.

In a lot of ways, the new generation is more about drawing out what's within them, going deep into their reserve of emotions, feelings, experiences, and thoughts, to find individual ways to fill in the void.

And I frankly, don't see the wrong in doing that apart from the fact that we might be facing wide spread belief in self-inflicted ostracizing practices and an over reliance on online platforms.

Even if this 'fad' goes away, we'll find it making another comeback some decades down the road if the human race survives the conundrum we've dug ourselves into with commercialism and materialism.

So, is this whole crystal thing here to stay? I, for one, think so.