September 25, 2018
We're not even shy about it anymore - to post a negative comment, to jump to conclusions, to judge a stranger, to negate a report based on our personal views and interests, or to shame someone simply because we can.

There were a few times that I almost made the human mistake of being slightly more human than usual, i.e. leaving my TEENAGE BOYS in the car while running in to pay for petrol, double-parking with my kids still in the car, or pissing someone off in a restaurant. It's stuff we used to get away with before the internet happened not that they're right, but it's not always wrong and some are easily corrected and forgiven.

I stop mid-sentence, turn to my friends and boys and whisper, "Gosh, I better stop. What if this ends up on Facebook or something". Why does every action I take in real life have to feel like I have a knife to my neck?

Recently, an article was published in a local daily about how cutting out carbs from one's diet could result in early death or unhealthy habits. It drew on the wrath of some Keto-follower friends. Then Donald Trump says something (well, he says something almost everyday - who can keep up these days? 😂) and there will be bashing all around.

It feels wrong to me for everyone to be so automatically judgmental about others. It feels one-sided, leaving the other person no space or avenue to defend themselves. If there's an argument in real life, you'll hear me speak up FOR SURE but if someone were to post something negative about my normal everyday human behavior online and shame me for it, there would be automatic damnation by every keyboard-enabled warriors from all around the world.

It smacks of ganging up and bullying.

It also seems to me that a large percentage of the world population spend their time prowling around all corners of the internet. Ready to sniff out injustices,  mistakes, misbehavior, and even ill-timed, lame, misguided, or tasteless jokes. You'll have your name splashed across the world of viral reshares and retweets before you can even breathe out the words "Hang on a minute..." 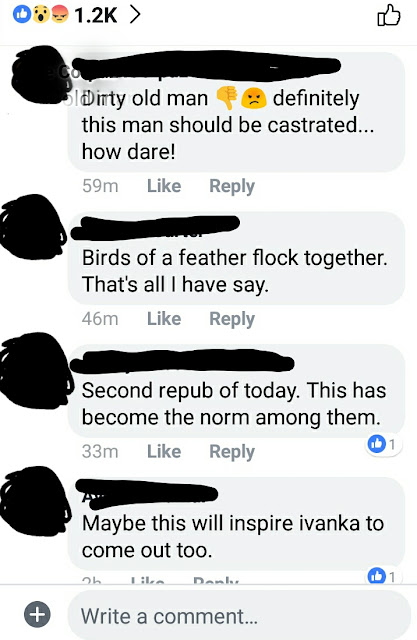 In the future, I hope we have fewer such warriors. One day, common sense, compassion, love and kindness will return to cyberspace. It used to exist before, you know because, lest we forget, there's a real human being sitting behind everything that we see on the internet. I think we've forgotten that.

If you have about 6 minutes for a few giggles, watch this sarcastic video by AwakenWithJP.