April 14, 2018
I have deep admiration, like from the tip of toes nails to the tip of every strand of my hair, for people who draw. They're like people who write, except being visual.

As I've learned, people who draw would often start with a blank canvas and a vague story in their heads. A vision. A mirage. A lot like writing.

I can imagine but I can't draw to save my life. I tried, Good Lord, I tried and the Lord spoke to me when I was 8 and asked me to just....stop. #lol

But it didn't stop me from writing and devouring books. You can't stop Imagination and a part of my mind was (it still does this cloud-flying thing, though) always living in the clouds, creating up things that vaguely resemble what I've just recently read in a book or seen on TV where I put my own spin to it. Back then, believe it or not, it more often than not involved a knight in shining armor.

I fly less blind and with more wisdom now, I would like to think.

Imagination is an extremely powerful thing, as it turns out. It's chaotic and makes very little sense when it is not complete.

It's also random as hell and sounds a lot like something a 3-year-old will spew when you ask him/her what his/her political inclination is. 'It's like birds eating peanuts in a McDonalds and a Mr. Jackall climbs over the wall and...bjhsajuiywe jgwqeuyhkjwqet nut7&$#(LOBdwkenosdgobn...and he cartwheels. Yeah. Now can I have fries?'

That's what Imagination sounds like in the head most of the time.

I saw this drawing process on Patreon and the video (fast-forwaded) took approximately 45 minutes to watch. Of all the drawings, I like this one the best! The piercing eyes, the short tussled hair, the jutting of her shoulder and subtle lens glare she gave the drawing. Super awesome. 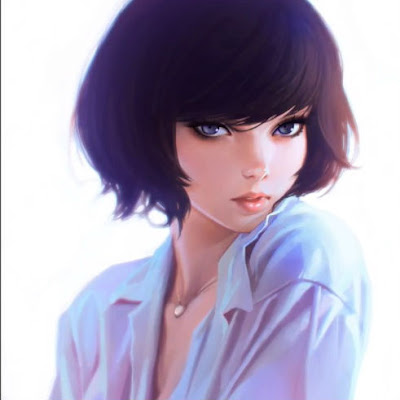 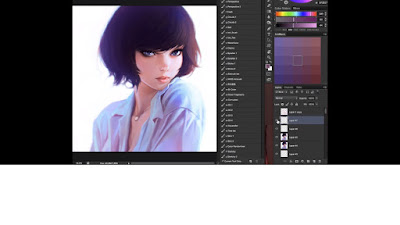 The link and video is here if you want to support people who pour in hours of their time to come up with something creative. It may help you.

p.s. For the record, I don't know her, she's not related to me, I have no idea where she lives, she doesn't pay me, I don't pay her, this is not an ad.