Social Media : The Gram Game of the Generation Z 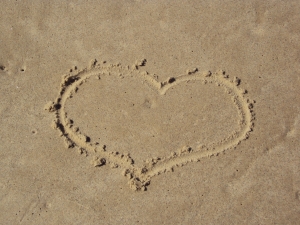 It's true...if I looked at a teenager's Instagram account, (a.k.a my kids' and nieces'), they're way out of my league. It's like a whole new different world that I am completely new to.

There are no boundaries, no censorship, they say and post whatever the hell they want and feel like, it's almost always funny or emotional and it's a train wreck during their off days. Sometimes they are a little extra (check the definition here which basically means OTT) and yet, they don't really care.

I told my son a few times that his meme-filled Instagram account (a sudden overnight shift from his anime-drawing-filled one) is giving me nightmares. But he doesn't change it, my comment left no mark whatsoever and he continued on with a laugh as if to say, oh, really. don't you like it? there's the unfollow button right there, mom.


If there’s anything I miss about being a teenager, it’s this extra, unrestrained emotion. Teenagers don’t hold back when it comes to sharing how they feel, and their approach to Instagram reflects this enviable over-the-top quality - Hootsuite

And you know what? That makes them incredibly awful at being human, yet powerful people behind brands. You know what they say about marketing and branding, right?

It's not about begging people to part with their money, it's about emotions. About tapping into hidden needs, hunger, appreciations, connections, anger, and happiness.

The other amazing thing about teenagers and young people is that they know where their homies are at. Their hood. And there's this new trend of people flocking into what we call pods, which translates into online groups of supportive people who share the same passion. They would do anything to give each other that new like and comment the moment the post goes up.

I'm old. I don't have no pod no more. #lol And what the heck is a pod, anyway because all my friends are still lagging behind on Facebook. Apparently, emojis and shortened words are used to send out secret messages and requests.


“It’s been compared to “a family of dolphins who live together in harmony and support one another… like a group of cheerleaders who help one another on Instagram.” - Mashable

Man, they've got this Gram Game up so high I am rubbernecking my way through articles trying to make sense of whatever is being told to me about the #latesttrends on the #internet.

Teenagers and the youth of the world may be good at branding and leaving a mark with their online posts, some may argue, however, that they have a way to go (yet) with making people feel good about themselves and securing sales.


“People are more likely to change their minds or behaviors when the result will make them feel better about themselves, and oftentimes that means being part of a larger group,” Chris Graves - CEO of Ogilvy PR

But emotions are not only powerful, they're contagious. There's no viral post on the internet that did not dredge up a whole truckload of emotions, be it anger, joy, laughter or hate. Needless to say, viral content, articles or videos means more eyeballs and that, potentially, mean more clicks and revenue conversions.

In a world that is sorely lacking in emotional connections, inspirational videos, joyful pictures....hateful speeches included....seems to make the world go round.

It's really a far cry from what I am doing with MY Instagram which is to use it as an online diary and album to share things with my family and friends so that when I die....it's so somber and my age is showing...there's a whole load of shit to look at. Or maybe I just want to remember what I cooked last night.

I don't know why some people don't like #marmite. Well, marmite and porridge. I guess I am #weird 😂 Made this honey, garlic Marmite #porkbelly and it made for an #awesome #dinner with rice and a side of vegetables. A simple #kitchen hack for the #crockpot or multipurpose cooker. . . . . . #cooking #cookingathome #homecooked #healthycooking #health #food #foodpic #foodpics #foodpicture #foodpictures #foodie #foodies #asiancooking #asian #asianfood #yummy #yums #foodstagram #instafood #instafoodie #eatathome
A post shared by Marsha Maung (@marshamaung) on Feb 10, 2018 at 7:16pm PST