Movie : Is Anyone Going to Bring Big Hero 6 Back (Not a Review) 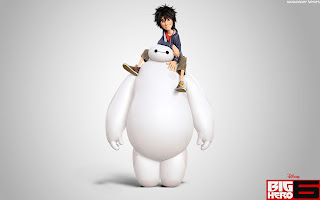 I don't care what everyone else says or think but we can gawk over Iron Man, sweat bullets over the hot-ness of Thor, marvel at the temperamental Hulk, have sweet (ahem) dreams over Captain America or coo all over the adorable minions all we want, BayMax is a this fluffy sweet cotton candy that you want to hug all day long and no others have come close to making me want to hug my laptop.

Unless he turns into this, which was what 14-year-old Hiro did to him, not Tadashi. 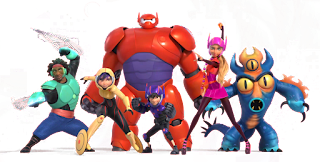 I am a big BayMax fan, more than I am a fan of Wall-E, Woody, Moana (and the dreamy Maui), or maybe even BAMBI, Peter Pan and TINKERBELL! Yes, I am a softie, so what? LOL. (But hey, Tinkerbell has a mean streak, OK? haha) Is it any wonder that it won an award at the Kids' Choice Award?!

Is anyone ever going to come up with a new one (and not spoil the bejeesus out of it) soon? We want, really want, BayMax back! And besides, it's refreshing that many Asian (or rather, Japanese, elements of the shows - like the dramatic death of his worship-worthy big brother in a massive Power-Ranger-like blow-up at the beginning) were retained and generally accepted well. Japanese shows and manga are known to be bloody sordid and depressing sometimes.