Parenting On The Internet Is Wrong

June 04, 2015
When news about a 13-year-old teenager posting pictures of herself in provocative clothes and pictures on Facebook and befriending people, especially men, on the social networking site surfaced, I was a little happy that her mother appeared to have reacted very appropriately, with disappointment and anger.

She SHOULD be totally upset about it too. Does she know the type of danger and people she is exposing herself to? On the internet?

What isn't appropriate, to me, is her method of dealing with it.

Remember the father who was angry with his daughter's usage of the internet and blew up her laptop very publicly? I believe the video went viral at the time it was posted. And then there was this other video of a dad who was unhappy with his son's lack of drive to find a 'proper' job and so, he brought all his video games out onto the lawn and well....drove a lawn mower all over the video games with the son crying and pleading with his father to stop.

By the same token, this mother's video, too, went viral.

I disagree with this method of punishment based on the fact that this is public shaming of the most humiliating kind. The cruelest too.

Should we subject our children, who look to us as parents, protectors, leaders, cheerleaders, examples and a source of comfort , assurance and guidance, to such a humiliation? Have we exhausted all other available methods?

If ANY one of the above is NOT alright, why would it be alright for parents to use public punishment via the internet?

These parents need to remember one thing....with the internet, it is going to stay there forever. You may take the picture or the video down after a few days, once it goes viral, it is out of control. Someone would have recorded it, downloaded it, screencapped it and distributed it.

For me, this Denver-mom was going on an ego trip as well as 'trying to do the right thing'. She wants, first and foremost, that everything she says goes. She also wants everyone to know that she is a single parent and her ex husband is a loser. She also mentioned that HER pride and HER family's pride has been hurt by this teenager's actions. Why would she want everyone to know that her daughter doesn't even know how to 'wipe her own butt properly'? How is that relevant?

To me, it appears that she wants to muscle her daughter into submission instead of showing her that posting half-naked photos of herself on social media and 'making friends' with these strangers online is NOT OK.

We need to also remember, our children are human beings. They make mistakes and our job is to be angry about it and help correct it. There are many ways to punish children.

For example, if they love the internet so much, there would be a bigger impact if you removed their access to it. If they love games, take away their laptops or Nintendos or whatever access to game consoles. If they love going out with their friends, ground them.

And then talk to them.

If my kids kept the cameras rolling and uploaded it onto Youtube, how am I supposed to continue living my life as a parent without having a huge part of my confidence and pride of bring a loving parent get chipped off?

So, if we love our children, we should understand and have some compassion and talk them out of doing the wrong thing. Not upload their mistakes onto Youtube for everyone to see and have it follow them around for the rest of their lives.

'Oh, you were the kid who had naked selfies and your mom called you out for it, huh?'

'Oh, so, you're the one, huh? Your father shot your laptop to death. HHAHAHA'

'You want to be hired? But there was this video of you of your father saying that you were too lazy to get a job and loved to play games. So, nah, you can go back to your video games. We are looking for hardworking people'.

Note/Update: I recently read another news about a 13-year-old girl committing suicide after her dad shamed her on Youtube. Is that really what we want? 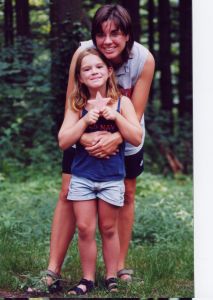