'Don't be so sensitive lah'.

I think it was because my f-g cousin was teasing me about something. But after that, I figured that I am a sensitive person and I shouldn't be...maybe? Something's wrong with me.

But because I am sensitive, it has enabled me to step into roles during plays, sing a particular song in a particular way, write a certain article (with no first hand knowledge or experience) with confidence because I can step into another person's shoes almost instantaneously, create stories just by imagining it in my head, write movie scripts like I am one of the actors or the producers (this happened just once, I don't know what happened to that script and I have been on the lookout for it since, lol, I can't say anything either cause I signed an agreement) and creatively jump into or react in situations that others might not be able to.

I read that sensitivity or OVER-sensitivity is in the DNA. Can I now blame my parents or grandparents? Maybe not. Because they probably inherited it as well, right?

Over the years, I heard this a lot. 'Don't be so sensitive la!' 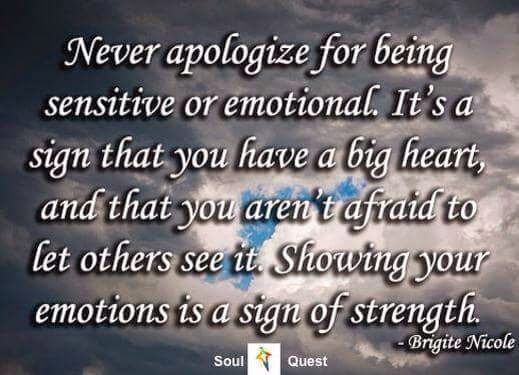 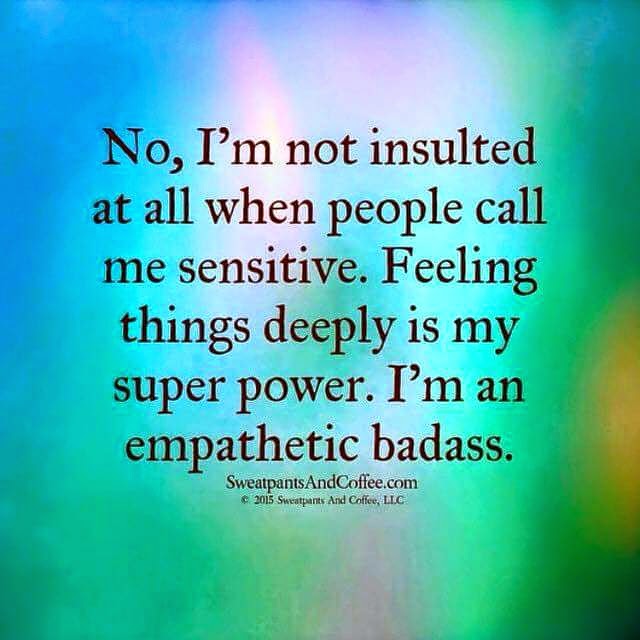