April 16, 2013
It is just shocking. Sure, on Twitter, I get updates about blasts happening in Syria and some other war-torn country and about the casualties and all of that and I don't see an uproar. Sure, people are saying that this is just about the norm in other third world country...but this is Boston we are talking about.

And as far as Marathons goes, according to my sister and her hard-core friends, the Boston Marathon is the Mother of all Marathons. I was educated about the fact that you don't just get to run the marathon, you have to QUALIFY for it. You have to show that you are fit and have a proven track record that shows that you are right up there with the best runners in the world.

I have nothing to say about the explosions. What is there to say except that it is incredibly disappointing? Absolutely horrifying and it makes me mad as hell. It makes me think, 'What the hell is wrong with the society and humankind?'

But for it to happen at the Boston Marathon, at the finish line, makes me doubly mad because it kills the human spirit. The spirit of 'You can do this', 'We can own this world', 'Start the race, finish the race', 'Cheer, cheer, cheer!' and then KABOOM. So, this crime against humanity is really inhumane.

What is truly heartening is the fact that right after the blasts, after people started running away from the scene, there were many who were running TOWARDS the scene. Unafraid and geared to help those who were affected. This gives me some form of comfort, I guess.

So for many who compared the blasts to what happens on an everyday basis in war-torn countries, don't. America has its ups and downs, good and bad but one of the good things about America is that it is a land of hope, possibilities, opportunities and compassion. Blasts don't happen everyday. I know some may disagree and it is OK. Guns and shootings aside. We and many other Americans know that the country needs to deal with gun control, it is something that they have been wrestling with for the longest time but blasts like this....absolutely incomprehensible.

And at such a lively, uplifting event too.

By the way, I was and still am a huge New Kids On The Block fan and is still following Joey McIntryre around on Twitter, Facebook and Tumblr. He went for the marathon and finished about 5 minutes before the blasts. Am glad he wasn't one of those affected. Check his Twitter page here. 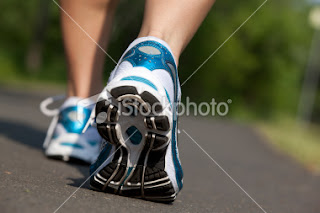