The Legend That Is Whitney 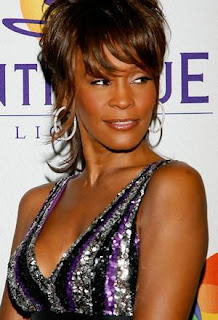 You know, it hurts so much that I don't really wanna talk about it. It feels like picking at a wound that you have that is hurting you bad but you've run out of ponstan.

But I'll say a few things about Whitney here. She's a gift to all of us. She is the kind of talent that was granted to us and her songs, her voice will never leave our hearts. She may leave the world, but she will never leave per se because she's left so much behind for us. Let's just continue to endlessly enjoy that.

And you know what hurts the most? That she led a publicly turbulent life as an entertainer (it's common when you are an entertainer) and as a person and some people made harsh criticism when she failed to pick herself up. They condemned her. Said bad things about her but then now that she's dead, they are backing their way out by saying nice things. Huh.

She's not gonna get back up now. For real.

RIP, Whitney. Thank you for leaving behind a trail of legacy that will serve to whet our appetite for whatever's Whitney. You're a true legend.