May 31, 2010
I've always been the kind of person who likes women with friendly, happy, cute faces. This explains my utter disdain for Megan F@x...bitchy faces don't work so well with me. For example, I was one of M2M (the singing duo from Norway) biggest fans. 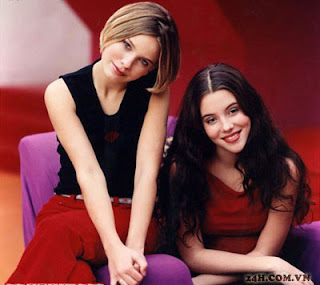 The one on the left is Marit Larsen and the one of the right is Marion Raven.

Marion's got a legion of panting male fans everywhere over the world because she looks sexier. She's also the lead singer which I frankly think is unfair to Marit who has her own cutesy voice warranting the same kind of attention. But in the music business, that's the way it works. Sex sells - so with Marion's 'sexy-looking' face, the producers obviously thought it better to feature her more than they feature Marit.

Till this very day, I am still a Marit kind of person, not Marion. How about you? Which M did you prefer?

Anyway, here's a video of Marit performing a really good song (that I think she wrote) called 'I heard your love songs' and I think it's awesome!