June 25, 2009
I love romantic comedies or just comedies. It makes me happy. When I blog more about the movies I watch, you'll see why! :-) So, it's kind of strange by my standards to find me watching something like AUSTRALIA. I mean, AUSTRALIA?
Fine. I'll choke it up. It's Hugh Jackman, awright? Sheesh.....

But I love Nicole Kidman too - so, give me some credit here. It wasn't ENTIRELY a hormone-based decision.
So, I start watching and get enthralled with Jackman on a horse (he said he banged his balls a lot while filming this show....ouch!). Is it any surprise at all that I find Nicole Kidman so alluringly regal and beautiful in this movie, no? She was. And she's cute too.
My favorite scene with Kidman in it was when she said she could help get the cows together like a man and that she could do it too. And when she did, there she was sitting high on a horse shouting, 'Move along now! Move along! Roar, roar, ROOOAAARRR!' That was absolutely hilarious.
Kidman's chemistry with Jackman is, of course, unquestionable but she had this thing with the little kid too, Nullah.

But then again, Nicole Kidman is the kind of actress who would have incredible chemistry with a block of wood, so...that's not a big deal. The kid, however, need some working on but he did fabulous, nonetheless.
Now on to the star of my many wet dreams, Hugh Jackman. I don't know what it is about Hugh Jackman that makes a boring movie alright (OK, the body might have something to do with it but it's not ALL of it) and I'll admit that they dragged it a little too far with the long stretches of scenery, pregnant pauses, slotting of scenes that should have ended up on the cutting room floor....well, it was draggy.
But with Hugh Jackman in it, I'll yawn past those moments for him. 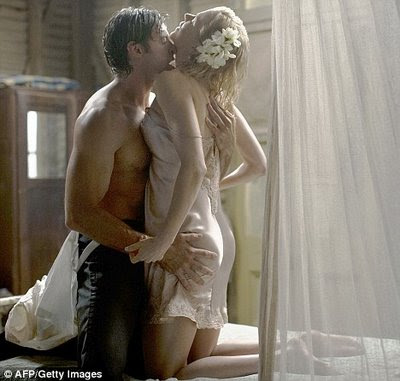 This is an epic movie....a very strong and powerful....one with a message. The war scene whereby Hugh Jackman thought Nicole Kidman was dead....it completely broke my heart, that scene! I was sobbing like a four-year-old into the blanky that I was holding....a sorry sight. I would have preferred another ending, actually, but well...the writers had to write it that way because aborigines had to be aborigines, I guess. They have their lives to live and Nullah was one....born with mystical powers and instincts. No motherly love can contain that because it's just the way they are. But I wish there was a way that he could've stayed. Well, at least these two ended up together. Otherwise, I would bomb Australia. 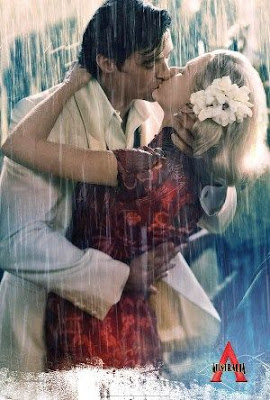