RM5 also wanna cheat from me…. 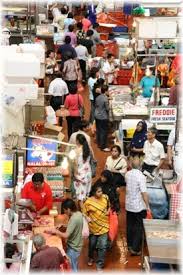 Sometimes, when you see that someone is out of place, you know that person is like a fish out of water….maybe a little desperate, probably unfamiliar. It’s like when you’re in a foreign country, locals can spot you 3km away, right?

Well, that’s probably what happened to me this morning when I went to the morning market to grab some foodstuff.

Most of the time, people who visit the wet market are aunties and uncles and perhaps some really young people who were dragged out of bed by their parents to fetch them to pick up some food from the market. These people stand out very remarkably…mouth drawn into a thin line, a frown and hardly-open puffy eyes.

But that’s not me.

Strangely enough, I quite like visiting the wet market now that they don’t perform the ‘slaying of the chickens’ atop the back of a truck for all to see…like a stage. Now, I think they hide in a camp somewhere nearby, slay the chics and then chop them up on the way, and plonk them for sale in the market the way we see it.

Anyway, that’s not my point. I usually buy fruits from my usual stall. Turns out, today is Monday and there aren’t many stalls open, so, I had to get my fruits from another stall. My eyes were lingering on the bright oranges and grapes and did not see who was behind the stall.

Turns out, there were these two ikan bilis (anchovies – small fry) yellow, punky-haired blokes with hair so sharp it could poke my eye out manning the stall. OK, never mind. Their looks aside, the oranges looked good. And the price was alright.

So, I picked out a basket of oranges and then some pears.

My skin began to crawl as I wondered if this kucikmiau (small fry, again) fella is trying to be funny with me because I didn’t look like the conventional auntie or kakak (maid) buying food in the market. I didn’t dress fancy but I am kinda tall, dressed in simple jeans and a lacy blouse. Not really market-dressing but not at all sexy or provocative.

Why, you ask, was he being funny with me?

I had a feeling that he was eyeing my barely-there chest! Holy Bananas! I don’t have ample boobs for him to ogle so WTF was that all about, right?

I shoved the pears in his direction. 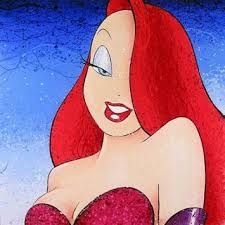 Him Oh, sorry, sorry. I forgot. I look at you until I forgot liao, sorry sorry….

Me (forced smile) Mmmmm….never mind. How much?

I pass him RM20….knowing the total.

Now, the basket of oranges was going for RM10 (nice ones, mind you and there were about 16 of them in there, I think, didn’t count) and the pear was RM5. Without needing to use the calculator, we would derive at the total tabulation of RM15.

I calculate keling-sow (small sums of money) very badly but if I can calculate that, then he also can lah.

Me (raised eyebrow) I thot the pear was RM5?

Him (sheepishly) Oh ya, oh ya….aiyo, I look at you so beautiful, I also forget how to count already lor….

Him (to his other friend behind the counter) Eh, pass this leng-lui (pretty lady) RM5 change….

I was distracted with some really nice tow-foo and fishballs, but continued to stand there waiting for my change. When I turned back to them, both these buggers were still standing there wor!

I look at them and they look at me…time stopped.

Him (pretend to be shocked) Huh? You never give leng-lui her change ah….aiyo, you ah! I asked you to pass…haiyah!

He then trudged lazily to the bucket where the money is kept, pulled out RM5 and handed it to me sheepishly. Sheepish, to me, is forgivable one time and one time only. Second time, this fella really wanna kena slap from me liao. 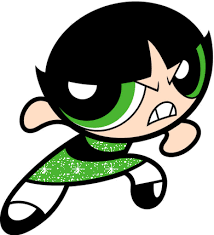 and gave them a very confused look, on purpose.

Me You all don’t go out very much, do you?

And then I walked over to the tow-foo store.

These two young punks clearly think that I am a fish out of water, never go market before or think I am three-years-old or something. I wonder how many aunties have been cheated with their leng-lui tactics leh? I can just imagine how some auntie will blush with delight and just forget her change whenever they call her ‘leng-lui’.

Oh, purleezzzzeeee…..don’t ask me how I know that it’s a tactic. It’s a woman’s instinct coz I wasn’t wearing any makeup, no short skirt, no knee-high boots, no sexy camisole…NOTHING, NADA. If you count an earring as provocative then you should join PAS (One of Malaysia’s political party…check them out for the reason why) so, I think they were trying to be funny…thinking that they can cheat me out of my RM5.

Anonymous said…
I agree with you.. what's there to look at?

Jamie said…
aiyooo...next time you meet people like that just tell them to go to a papaya farm loh. they can get to see and touch lots of papayas for RM 5.....why the need to look at an Ah Soh's boobs? pair of morons..kekekekeke
October 13, 2008 at 8:28 PM

Marsha Maung said…
kok yee, jamie, ya man. these are stupid senseless idiots. prob their parents went out partying too late cannot work this morning, so the kids grudgingly had to man the stall or something. siow wan, these people.

Anonymous said…
GO to SS2. The stalls there 90% hokkien people. I always speak hokkien to them. It's like a mini Penang there!

At least they are not so low scums like your experience in sect 17. OH...pls boycott the aunty that sells siew-yuk in Ss2 pasar pagi. She rigged her scale to cheat customers. Dont say I didnt warn you.

Jamie said…
hey cuz, I am mostly at Section 17 near the pasar area coffeshop wan...why never see u there hah?

The coffeshop is the wan beside CIMB Bank called "Hung Seng"...if u ever wanna look for me, go find the boss named Eurich ( dun worry, he is my brother lar ) and ask him where the hell I am and when I will show up...in other words...the place is kinda like my port..
October 14, 2008 at 12:23 AM

Marsha Maung said…
another mom, they think they damn stylo or something...please-lah. And just because I don't have permed hair, wearing torn tshirts and wearing jeans doesn't mean I don't know my RM5 is still with them. The leng-lui leng-lui thing...use it on some other children or some other auntie, please... sheessshhhh
October 14, 2008 at 9:50 AM

Marsha Maung said…
jamie, ya meh? eh, one day i call you when I am there. I am going on thursday to buy fish. if you're there, we minum kopi or something. then i can tapow some food home for lunch.

Marsha Maung said…
blinka.li, but petaling street is too far for me leh. At least you can shop in peace....