The Older You Get, The Lower Your Moral Values 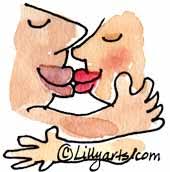 Me and a good friend of mine were discussing something about a month back (yes, I DO record everything that I want to blog about in a document so that I don’t forget) about how human beings lower their moral values as they get older.

When you’re in your twenties, those who are self-righteous or who are morally walking the right path would shun activities like ‘calling on the girls’ or visiting night clubs for non-business purposes. The young and morally correct people also tend to be stricter about religious rules – as in they attend church more and listen to what their bosses or teachers have to tell them. They’re more attentive towards these moral regulations, written or unwritten.

I find that people tend to lower their moral values as they get older. If you asked me fifteen years back if I would accept a man who cheated on me, I would very promptly deliver a karate kick to your gut…even if you’re not the one cheating on me (LOL). Just for asking. How dare you!

Fifteen years back, if you asked me if it was OK if one of my friends used ‘escort’ services, I would personally send a letter laced with poison into his/her letterbox and hope that the poison will painfully seep through the pores of his/her hands as he/she rips the letter open. If you asked me if it was OK for me to seal my yap after accidentally finding out about a friend’s cheating father, I would rather you zap me with a stun gun, tie me up and make sure I don’t come free until I am thirty-five.

OK, fine. I was exaggerating.

As I amble my way down the path of life, I find more people lowering their moral standards because:-

I am a little torn as to which side I am on despite the fact that I have doneth nothing unholy nor performed acts which went against my own principles and moral values because some of my friends do it, and in fact, some are STILLDOING IT and I am just sitting here….twiddling my thumb, thinking nothing much about it.

It bothers me, of course! Especially when I have to come face-to-face with the victim and perpetrator and just….smile. Really wide, crooked teeth be damned. It’s a lot like pretending that the sun was still rising from the East….and you’re frantically checking the compass to check if it’s the East or the West. A lot lost, that is.

I know I am talking in riddles because I want to blog about something; and then at the same time, I don’t want things to leak and I also don’t want people pointing fingers in my face later on. Think about it….by that time, I wouldn’t have a case to argue. ‘It was in your blog, you bitch! You have to open your big fat….fingers and type out those venomous lies, you behemoth witch!”

Referring back to the situation of coming face-to-face with the victim and the perpetrator, it is only right for me to say or do something to correct the situation or unveil a lie. But potential consequences loom ahead of me….would I be doing the right thing? And then, what’s it fooking got to do with me, anyway? 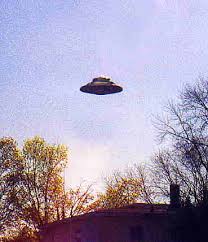 And I find myself lowering the moral values that I have set for myself and others. Suddenly, it’s like this…if a dark shadow of a UFO hovers into my face and it would be OK. “Oh, it’s OK. It’s just a UFO. What? Never seen one before? Go to YouTube, dude!” It is darn surprising and I find myself resisting the lowering of the orthodox bar.

Then when I sit here and think about it a little…it never used to be so. I never had to debate over something like this fifteen years back. If a friend’s ‘someone special’ did something deceitful towards that friend, I would be on my feet before you could count to one and suckerpunch the fler lawlessly.

But not now. Isn’t it strange?

Maybe your post is correct to a certain extent of the population but happy/sad to say that I am not in that bracket.

With me, its reversed. Reverse doesn't mean that I go after things with skirts just to get them into bed when I was young..no siree..having fantasies is good enough for me..kekeke..or maybe some heavy petting and such..O.O

What I dun really agree with you is the "older" part.

As I grow older and I mean OLDER, I tend to think of my family first before I do anything..u have to trust me on this cuz. As u know, my line of work offers me countless opportunities to be in close proximities with "ladies" becos of the wants of my clients.

Hey, if I can get them to strip tease/naked and drink upside down, can't I get them to do anything I want? BUT there is where I normally draw the line...cos home is the place that I want to be. Nothing beats the sensation of cuddling up to your loved ones and caressing their hair before u fall asleep...I can't do that with a guilty conscience, can I? maybe some people can but I CAN'T..I know its hard to believe but I presume that everyone has their own priciple right? one of mine is the above mentioned.

Don't get me wrong cuz, I am NO ANGEL but neither am I a devil..or maybe the time to be devilish has passed for me...

Please understand that the opinion as above are entirely mine and mine alone. It has no bearings to the right/wrong of your post.

Anonymous said…
jamie, of coz no hard feelings lah. don't worry about that because i know where you're coming from. but it's just that....while i am not lowering my own standard, others are. they're doing it like....it's normal-lah, stop behaving a blasted nun, for crissakes. I nod and 'mmmm' but this becomes a battle within myself. the urge to tell them that they shouldn't be doing it and the urge to just accept them and the conduct as a norm, you get what I mean?

Anonymous said…
I am not so sure about the moral part, I think it is more like when we grow older we just dun freakin care what society thinks anymore, we live for ourselves, not for others, we dun let others dictate our happiness.
October 23, 2008 at 3:14 PM