Work : Flip the Script on Multitasking

May 17, 2018
It's a consistent struggle to work from home as a single mother - to work, to clean, to cook or to exercise. It's one or the other. They tell you that multitasking saves lives and the bible of being productive dictates that women were MADE for stuff like these. 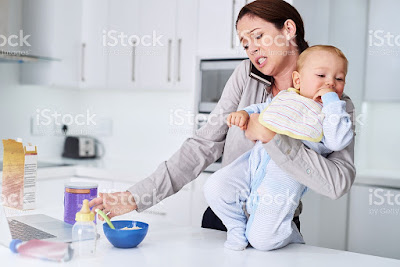 I'll save the gender talk for another time, though. XD

But the truth is, the combination of tasks that you're doing is going to fight for your attention, each validating their reasons for being more important than the other.


When you perform multiple tasks that each require some of the same channels of processing, conflicts will arise between the tasks, and you're going to have to pick and choose which task you're going to focus on and devote a channel of processing to it - Joe Robinson, Enterpreneur.com

The result, for most parts, is half-hearted or incomplete everythings. Just like our WiFi, we would eventually come up with a bandwidth problem and something's got to give. This is not to say that you can't listen to the radio while working at the same time, but compared to other more complex activities, listening to the radio can sit tepidly in your subconscious mind while you fire on the salvos.

One good example is given by both this email and the following quote from the article link above.

In the past, I used to revel in my own personal tagline of 'The Freelancer That Never Sleeps'. What a load of bull that was. Do you want to know what that's a road map for? A burnout.

Even if an employer sets it out in black-and-white that he/she wants a good multitasker, I don't think this is what is personally sought after if he/she is worth his/her salt. I think employers should look for someone/people who is/are good at FOCUS instead.

But that's just my take for the day.

So, don't forget to love yourself a lot! Just like this baby over here. Don't let adult-ness ruin the right attitude to life.

@SofiePhoenix teaching us important lessons about #selflove 👶🏼❤️ She is such a little guruji already! #mirrorkisses . #RYT500 #BeyondBryce #TeacherTraining #Thailand
A post shared by Honza ૐClaudine Lafond (@yogabeyond) on Aug 18, 2017 at 6:35pm PDT