“Be willing to be a beginner every single morning.” ― Meister Eckhart

We've always gone out for evening walks, after making dinner, after rounding everything up, after winding things down. But my kids' been making their own morning walks or runs on their own, WITHOUT me, without me knowing simply because they woke up earlier and refused to wake me up because they want to be BADASS on their own they don't want to disturb my sweet slumber.

But on some days, I wake up earlier than them and today, I simply jumped out of bed at 5.30am because I died in bed at 10-odd-pm zonked out earlier than anyone else so, I decided to wake them up. Hey, join me, I'm awake. Let's all wake up, I don't care what time you slept, that's YOUR problem. LOL.

So, we walked to the convenience store at the petrol station behind the home to get coffee and then walked to the nearby park and took a few rounds. 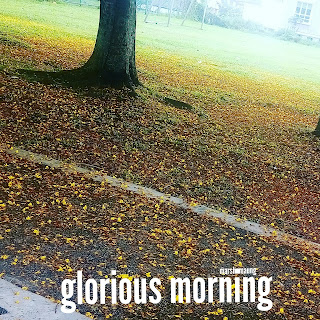 The neighborhood has a lot of early waker-uppers, man! Mostly elderly people, but still, I live in a very healthy neighborhood, it seems. It's something I've never noticed before because...well...I guess, I didn't care for the early worm. I still don't but I think I am beginning to grow a liking for it.

A walk around the park in the morning is so much more refreshing than in the evening. It doesn't have the left-over exhaust fumes in the air and the birds are chirping. Even the PEOPLE are chirpier, with random people yelling out 'Good Morning!' to us, startling the three of us. 'Who me?' 'You' 'No, you' 'It is? No, it's you' 'It's YOU, dumbass'. (Me: I think he meant all of us, shutupnowplease and just say Good Morning back)