May 17, 2014
I didn't really want to tell anyone I actually bought and read a Cyndi Lauper. People will instantly tag you as 'wooo wooo woooo' in their minds because Lauper isn't exactly the best singer around, she isn't the most elegant either. The last hit she had was like....a really long time ago so, why would I pick her 'memoir' (as some of you might scoff at). Her singing style sometimes induces headaches and fashion-wise, she is right up there with Lady Gaga (and she right off the bat says it like it is, she admits it).

She is so different and way out there that you wonder 'Gosh, what was she thinking?!'

And THAT...was why I bought the book. AND the fact that I accidentally heard 'Time after time' on the radio and thought to myself that this was one of my favorite karaoke songs to sing.

I just want to know what goes on inside her head, for her to make such dramatic fashion decisions. Is she some kind of sick attention-grabbing person who is so narcissistic that her twitter account would have like a million, gazillion selfies?

In my personal opinion, she is and she isn't. As much attention as she desires, it appears that, in my personal opinion, has a lot of heart and respect towards her work and art. Now, I have to put it out here that we have to maintain a different stance when it comes to DEFINITION of art but yes, she loves what she does and is passionate to the very last second that she is given to be on stage. And most importantly, she believes that she can make a difference in her own way.

She had a lot of problems with her voice but you know what? When you sing the way she does, you WILL  have problems with your voice. But that's the way Cyndi Lauper is and you can't turn Cyndi Lauper into Whitney Houston all of a sudden because it wouldn't be Cyndi Lauper anymore, it would be like Wyndi Hauper. So, her vocal coaches had to work their way around it. That, was interesting.

She writes in a way that she would talk

For instance, this is a quote from the book itself.


You get a lot of that but I think that's what kept me reading and not throw it into the trash. But then again, there were a lot of aspects about the entertainment industry that struck a note with me so, THAT could also be one of the reasons why I could see things from her view for a while and go....ooohhhhhh yes.

There are things that people like you and me don't get and I still don't get even after reading the book....like fashion sense. But to each his or her own when it comes to things like this.

She pulled out a few punches against a couple of actors, actresses and other entertainers which was LOLing. She just doesn't give a shit.

What surprised me was her commitment and continued support towards the LGBT community and she explains right from the start the reason why. She writes about her close relationship and mutual reliance with her elder sister and people who were within the community which fuels her desire to bring attention to LGBT people every chance she gets. As we all know, after the last hit she had, each opportunity became more precious than the other.

We might not be able to draw a comparison between Cyndi Lauper with Mahatma Gandhi or Barrack Obama or whatever important political figure you can think of (except for Adolf Hitler. I think much more of Cyndi Lauper than Adolf Hitler) but it is her story and she shared it with me, and whatever positive that I can find in the book, she asks that I take it with me.

Once again, I quote the book.

You have to just try. Otherwise, you are just gonna be saying should've, could've, would've and you don't want to be saying that in your life. And if you get to the top of the mountain, share your story. 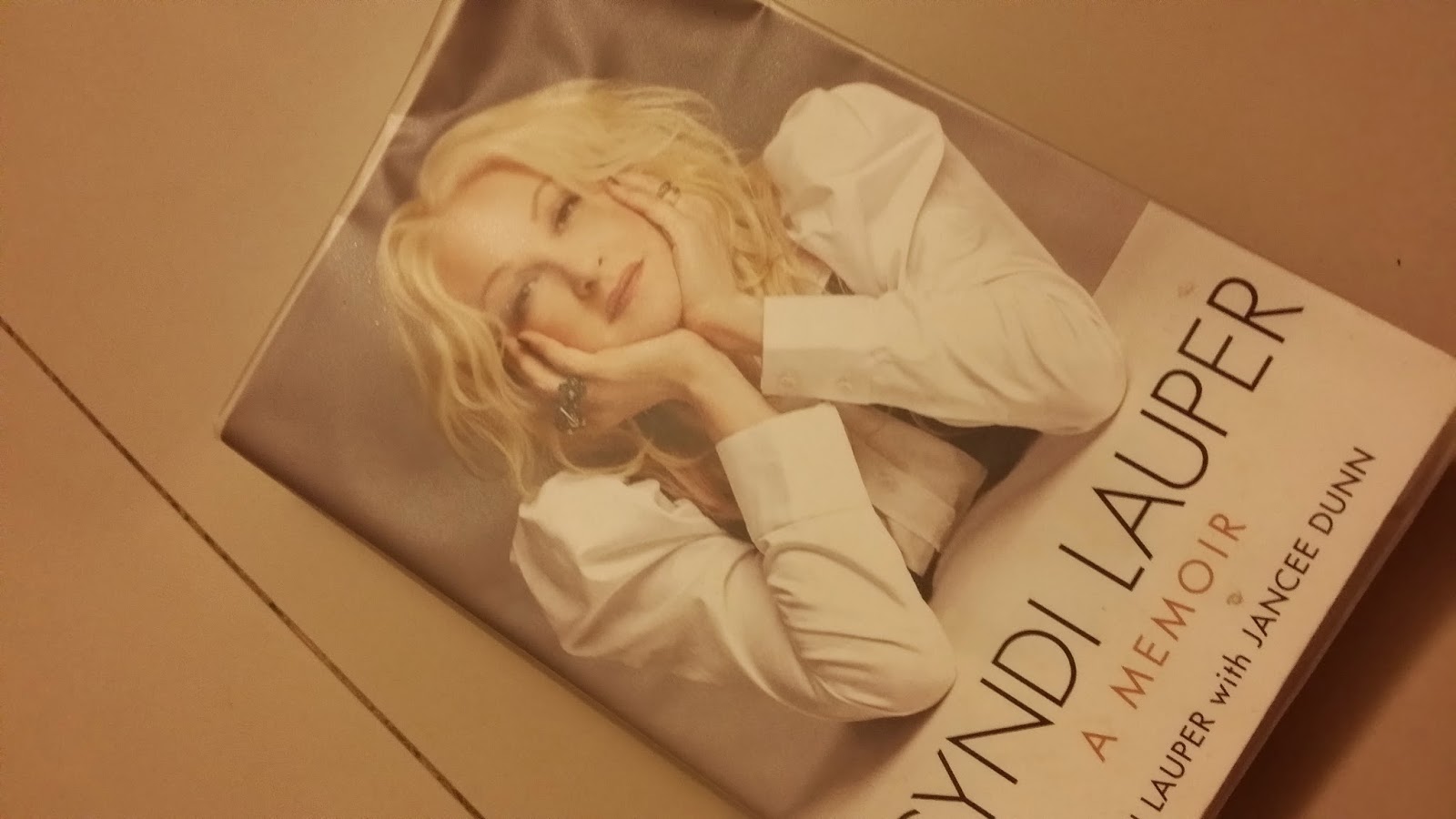