May 08, 2010
It's raining outside now but it was sooooooo hot this afternoon when me and the kids were at their school's charity carnival.

Yeah, it's one of those lame ole things but I spent about RM75 on stuff that I don't need except for the food which I needed. But I did it basically because it was a charitable thing - if not, I would not waste my time going to something like this when it is so DARN HOT!!!

But the thing is that the sun is a beautiful thing. It is the very thing that charges us beings up. So, instead of saying that I hate the sun and it's making me sweat ten thousand buckets of sweat, I should be happy that it isn't snowing or storming (like it is now) outside when we were there. 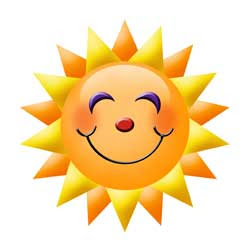 Marsha Maung said…
madam murka, and i love you too. i decided to publish this comment anyway because it's amusing. and thank you for taking the time to comment although i don't care much about whether there are comments or not, whether you are an animal or a human being.
May 8, 2010 at 10:20 PM